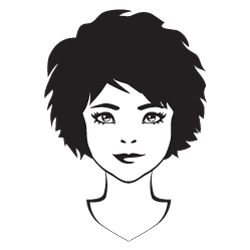 When I get out of the shower, I like to step on beautiful clean flooring. However, this ideal was not a reality for me until a couple of years ago. After a move, I lived in a home with peeling, stained, and outdated linoleum flooring in the bathrooms. When I saved enough money, I immediately shopped for a better replacement for my worn floors. While shopping, I fell in love with a beige limestone tile flooring. This neutral colored flooring gives my bathrooms the wow factor. The stunning limestone tiles are smooth to the touch. They added style, sophistication, and sereneness to my outdated bathrooms. On this blog, you will learn how to choose the perfect tiles for your unique bathroom space. Enjoy!

Do It Yourself! How To Remove And Replace Broken Window Blind Slats

A broken window blind slat, often caused by a curious pet or child, is unsightly and can lead you to think about replacing the entire set. However, broken slats aren't difficult to remove and replace; in fact, it is something you can do yourself with only a bare minimum of household tools and at zero cost. Below is what you need to know about fixing broken slats:

Tools and materials you will need

What you need to do

1. Understand how blinds are assembled – all kinds of blinds, whether plantation-style, mini-blinds, or venetian blinds, are put together in a similar manner. Before working on them, you need to understand a few basics of their assembly so you can visualize your final results. Here are a few of the parts explained:

2. Fully open the blinds and lower them to their maximum extent – open the blind slats so they are horizontal, and release the lifting mechanism to permit all the slats to all hang freely. If necessary, pull the blinds away from the window sill so they can hang without any interference.

3. Remove the bottom cord fasteners – turn the bottom rail up so you can view its underside. At each end of the rail, there will be a plug that holds both the lift cords and ladder cords in-place. Carefully pry this plug free from its position using a flat-bladed screwdriver or a pair of needle nose pliers.

6. Reinstall the slats – after removing the bad slat, slide unbroken slats into the gaps between the ladder cords so each slat rests upon the "rungs". Be sure the slats are positioned properly and are lined-up with the centers of each ladder cord. Next, route the lift cord down through the holes in each slat so that the lift cords are in-between the two strands of each ladder cord. Recall the manner in which the lift cords were woven as you determined in step 5, and recreate the alignment as necessary. Continue positioning slats and routing lift cords until you reach the bottom.

7. Reattach the bottom rail – slide the bottom rail into the ladder cords so the rail rests upon the "rungs" immediately below the last slat. Insert the lift cords into each rail and push them through to the other side; if you have difficulty working the cords through the rail, tape the lift cords to toothpicks to help you push them through like a sewing needle. After getting the cords through, either tie an appropriate stopper knot that rests inside the rail or inside the plug. Position the ladder cord "rungs" over each plug hole, and push the plugs firmly into position so they trap the ladder cords and hold the lift cords in position. Trim excess cord material with a pair of scissors.

8. Test your blinds for proper functioning – once you get the blinds reassembled, test them for proper lifting and shuttering. If they fail to open or you detect binding, recheck your lift cords to ensure you properly routed them or that they aren't caught on a slat or the bottom rail.